4 Lessons from Eastern Philosophy on Maximizing Your Performance Under Pressure

This is a guest post by my friend Brendan Barca, a career coach and personal development writer. He helps people find purpose and fulfillment in work and life. You can read more of his articles and learn about his coaching offerings on his website, Straddle The Line.

If you live in the United States, chances are work is stressing you out and it’s hurting your performance. The American Psychology Association conducted a study  which found that 61% of Americans report being stressed by work.

The higher you climb in your career, the worse it gets. According to a study covered by CNBC, job level matters when it comes to stress. Owners and Partners reported being stressed the most days per week (3.62 out of 5) with middle management right behind them (3.45 out of 5 days). Senior level employees (2.86 out of 5 days) and temporary or freelance employees (2.68 out of 5 days).

These statistics suggest that stress is more prevalent than it needs to be. So, should you just accept your stressful fate and live out the remainder of your career achieving less than you’re capable of achieving? Or are there ways to reduce your stress so that you can thrive at work?

For the first seven years of my career, I dealt with work related stress constantly. As a salesperson in finance and a high-growth tech startup, I faced aggressive goals and demanding managers. I was obsessed with hitting my sales numbers. When I fell short, I would beat myself up. It was unhealthy and it hurt my performance.

Two years ago, I broke down. After making 65 cold calls and staying at the office past midnight to prep for a presentation the next morning, I reached my breaking point.

I knew that I couldn’t live in a state of constant stress anymore if I wanted to be successful over the long-term. I would never be able to survive another year, never mind my entire career. I had to find a way to change, so I began looking for solutions. I read a million books and blogs, but nothing seemed to actually help. However, eastern philosophy proved to be a powerful tool.

Growing up outside of Boston in a Catholic community, I had little exposure to eastern thinking. It wasn’t until a friend suggested I try meditation in 2016 that things started to change for me. Meditation led me to a trip to Japan, studying Buddhism and mindfulness.

As it turns out I’m not the only person who’s used principles from Eastern Philosophy to improve my productivity. Silicon Valley investor and founder of AngelList, Naval Ravikant, uses meditation daily to foster peace-of-mind, creativity and increased focus. Furthermore, according to the Harvard Medical Journal, a Johns Hopkins University study found that mindful meditation can help ease stress.

Mettā is an Indian word meaning kindness and is one of the most important concepts in Buddhism. Buddhists recommend that you try to foster Mettā each day through a daily meditation practice.

The meditation begins by thinking of an individual in your life who tends to give you feelings of irritation or aggression – then you replace your negative thoughts with kind messages to the person, such as “I hope you find peace” or “I wish for you to be free from suffering.”

The idea is that your thoughts and feelings are impermanent and that you can shift your interpretation of reality for the better.

I used Mettā meditation with a former client who was causing me immense stress on a daily basis.  The client would constantly blame his frustration on our product and on me. Our calls were irritating at first, and eventually became intolerable. It got so tiresome that I started getting a terrible feeling in my gut each time my meeting with this client approached.

After a few months of working with him, I incorporated Mettā meditation into my morning routine and saw results within the first week. As my feelings towards the person shifted from irritation to empathy, I could feel a weight lift. It was as if his comments could no longer affect me.

I shifted from a state of frustration to one of compassion. I could see that his misplaced anger must have been coming from some deeper pain in his life. As soon as I saw that, I approached our conversations with more empathy and patience. And eventually, as my energy shifted from negative to positive, I could feel his do the same. Slowly he started to be warmer towards me and our relationship strengthened.

Try Mettā meditation to improve your relationship with a difficult boss, client or even your outlook on a stressful work situation. Mettā meditation will shift your energy towards a more positive state. As your mental state changes, so too will the reality of your situation.

Thich Nhat Hahn is one of the most respected monks of the past century. Hahn is a Vietnamese Buddhist monk who worked alongside Martin Luther King Jr. during the American Civil Rights Movement.

Thich Nhat Hahn has a teaching in which he compares our emotions to that of the waves in the ocean. Hahn says that

Enlightenment is when a wave realizes it is the ocean.

While our emotions are in constant flux and can create instability in our lives, we must try to realize that we are not these waves of emotion. We are the ocean in its entirety.

The ocean does not experience the peaks and valleys that the wave does. The ocean, despite taking many forms, is simply the ocean – unmoved and calm. The moment we realize that we are not these waves is the moment we stop being thrown up and down by our emotions and take control over what we need to achieve.

When you’re stressed, instead of getting wrapped up in your negative thoughts, try to remind yourself that you are not these waves of emotion. You do not need to experience the tumultuous ups and downs. You can simply just be. Accept that you are experiencing “waves” of emotion, and let them pass.

Use the mantra “I am the ocean, not the wave” whenever you feel yourself slipping back into an anxious state. Watch how it alleviates your stress and helps you achieve a more productive mental state.

3. Release What Does Not Serve You

When I was going through a particularly difficult stretch in sales because a major prospect who had given me a verbal commitment had stopped responding to me, I turned to yoga to find serenity. I would go to a yin yoga session every week. Yin yoga is a slow-paced style of yoga in which you hold postures for minutes at a time.

One night, I was holding onto a yoga pose trying to relax, but my upcoming manager review kept overtaking my thoughts and it was causing inescapable stress. While holding one of our final positions, the yoga instructor told me to do something that I now do anytime I need to recalibrate my focus:

Release what does not serve you.

The stress I had about this major deal that won’t close was not serving me. In fact, it was making the entire situation worse.

Whenever I feel a negative thought creep into my head, I ask myself, “does this thought serve me?” If the answer is “no,” then I let it go and with it my stress fades away.

Try it the next time you find yourself stressed out about a high-pressure situation. Pose the simple question, “does this thought serve me?” any time you feel negative thoughts getting the best of you.  You’ll notice that as you begin to release these counter-productive thoughts, your stress will begin to subside. When the stress subsides, you’ll have the mental space to focus on what matters most. 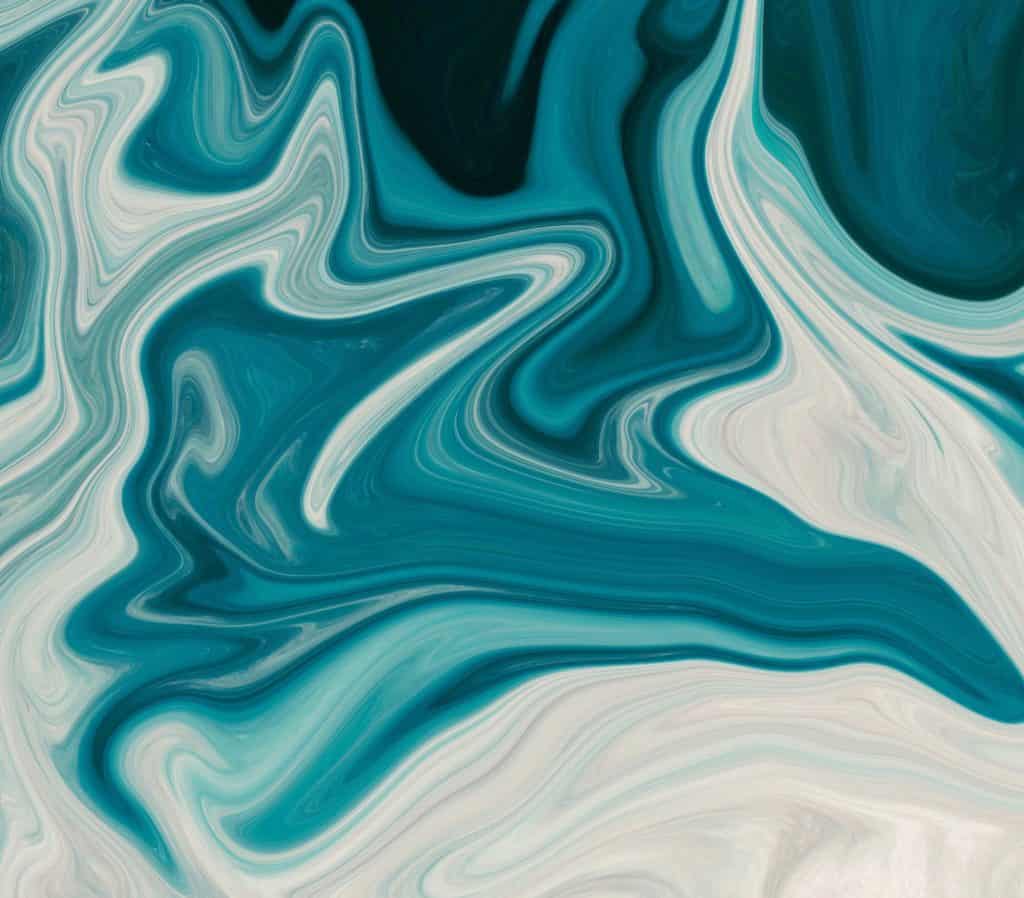 Another critical concept from eastern philosophy is living in the present moment. In Hinduism, Buddhism and other eastern philosophies, “living now” is critical to ending suffering and experiencing the truth of life.

Our minds are constantly jumping back and forth between the past and the future. However, neither past memories nor concerns about the futures are based in reality. They are only constructs of your mind. The only thing that’s real is this moment and the more you can learn to live in the moment, the less suffering you’ll experience.

After I learned this concept, I became more aware of when I was living outside of the present moment. I would find myself getting tangled up over a mistake I had made or growing worried about an upcoming meeting. My mind would say things like “you better not screw up tomorrow’s meeting.” But I slowly started to realize that much of my stress was caused by a future that never came. I was creating stress that was not based in reality. It only existed in my mind.

Start observing your mind as it jumps from past to future. As you observe, you’ll start to shift to where you’re supposed to be: the present.  As you start to live in the present rather than worry about deadlines and meetings, you’ll see your stress slowly fade, which will allow you to be more focused on the task at hand. Working in the present moment will induce a state of flow which will allow you to be more productive and creative.

Next time you catch your mind racing ahead, tell yourself “I am here now” and repeat this until you’re back into this moment. This will calm your thoughts and keep you focused on executing.

You don’t have to be like the majority of Americans who are stressed out by their work. Stress is an internal state. You have the power to overcome it no matter what your situation is today.

These four concepts from eastern philosophy can help you reduce stress and maximize your performance at work.  You aren’t going to be able to master them all at once. It’s going to take time and continual practice to learn to tame your stress.

Take one concept you’ve learned today and apply it to a difficult work situation. See how it helps you to foster a better mental state.

Read more of Brendan’s writing on his blog Straddle The Line.