I’m 28 and I Have Low Testosterone. Here’s My Plan to Increase it Naturally:

I had plenty of energy, kicking ass at work, having sex on the reg, etc.. As a 28 year old male, with a burly beard I might add, how could I have low testosterone?

That’s why a friend’s story resonated so strongly with me. He was my age, he looked healthy, he was a high achiever, and he felt fine too.

But he decided to get tested anyway. Thankfully he did. Because it turned out he had the testosterone levels of an 80 year old men. Then he went on a quest to increase his testosterone naturally, and once he did (by something like 300%), he felt like a new man. He didn’t even realize he wasn’t operating at 100% until he started operating at 110%. 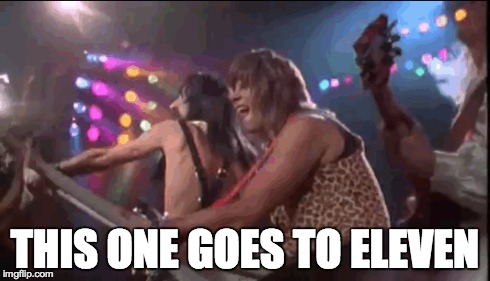 But I was already doing a lot of what he did to increase testosterone. I lift weights, I eat healthy, I even gave up drinking. Which which was why I doubted I had low testosterone, and why was so shocked when I got my results.

The only potential symptoms I noticed were that given my regimented weight training, I thought I should have more muscle mass, and that my motivation had been a little lower over the past several months than years prior.

So, because my friend’s story hit home so strongly, and because I’m always looking for ways to improve myself, I decided to get tested…just in case. When I asked my doctor, he said he would be shocked if I had low testosterone at my age and with my lifestyle.

How important is this problem?

Before I show you my actual test results, dive into my game plan for increasing testosterone naturally, and give you my conspiracy theories for why this problem isn’t being solved, let me make a few things clear…

First, testosterone is not just for boners and big muscles. It affects mood, energy levels, and self-confidence. Low testosterone levels have even been linked to health risks like diabetes, heart disease, depression, osteoporosis, and even early death. Testosterone is to men like oil is to cars. It’s the lifeblood.

Studies have shown that low testosterone affects 4 to 5 million men in the United States, or about 25% of men! And yet only 5% get treated for it. On average, men today have about 20% less testosterone than men the same age did just two decades ago. That’s a pretty significant decrease! 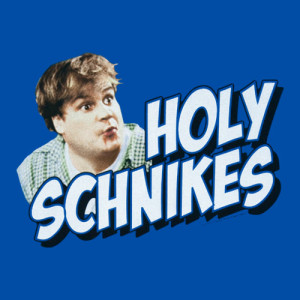 I was upset I hadn’t found this out sooner, as I could have decreased my chances of serious illness, and improved my overall quality of life. I was irritated, particularly when I learned how common of a problem low testosterone is, and that given how much health related media there is out there, that I had not once come across coverage serious enough to motivate me to get tested.

But I knew it was better late than never, and that all I could do was push forward. I began thinking about how much better my life could be, given my life is already “pretty good” with low testosterone, with normal or high testosterone, and became excited to form a game plan and get started fixing my testostosterone problem…

A lot of the prescription medications have harmful side effects, so I’m going all natural. Keep in mind this is my plan, based on what I’ve done in the past, and what my needs are. It’s likely that you would benefit from a lot of what I’m doing but make sure to consult your doctor and/or a nutritionist before making assumptions about what your plan should be.

Some of the most important inputs that affect testosterone levels, are diet, exercise, and sleep. I’m already sleeping 8 hours per night, so below is my fitness and nutrition plan for increasing testosterone. It’s hard to get enough of the vitamins and minerals needed to increase testosterone from foods in the common diet, so I’ll also be taking some vitamins and supplements.

The general consensus from what I’ve read seems to be that heavy weight, low repetition sets, with moderate rest between sets is best for increasing testosterone. However I’ve seen a variety of studies with a variety of conclusion. One thing that almost everyone agrees on is that cardio does not help.

I have been doing low weight, high repetition sets, with short resting periods between sets lately. The rest between sets has been so short that it actually has some of the effect that cardio has. I know it’s productive to vary workouts, so I’ll increase the weight, decrease the repetitions, increase the repetitions, and remove any figment of thought I had about doing cardio. I will continue to focus on large muscle groups and complex exercises such as squats and deadlifts.

Again, my diet is already pretty strong, but there are definitely some areas for improvement. Here are a the ways I’ll be improving my diet to increase testosterone:

To make sure I’m getting enough of the stuff my body needs to produce testosterone sufficiently, and to address some deficiencies I have, here are the vitamins and supplements I’ll be taking:

There’s also a supplement that combines zinc, magnesium, and vitamin B6, called ZMA, that I might take instead of taking the first two individually.

I’m excited to get started on this “quest.” But I still wonder how such an important and prevalent problem could be so overlooked. Why is it so common, and why aren’t more men being tested and treated? I don’t have any answers here (I’m not sure anyone does), but here are some hypotheses:

1) Bad nutrition advice. People in all age groups are heavier today than they used to be. Obesity has been shown to reduce testosterone. The poor nutrition, and associated low testosterone, may be a result of the government’ bad diet advice. In particular, the notion that cholesterol is bad has been a central tenet of the US government’s dietary recommendations for the past 50 years. Studies not conducted by the government, or directly funded by grain companies, have found that cholesterol is actually healthy for many body functions, including testosterone production.

2) Change in lifestyle. Our lifestyles now are very different than they were in the past. Our bodies may not yet have evolved to handle the new lifestyle. We have more stress (from work etc), we sit hunched over at our desks all day at work, and we increasingly have less physically intensive jobs as the manual process get automated.

3) Health care. A doctor’s job is mostly to cure problems, not necessarily to optimize or improve. My doctor has not been the least bit helpful through this process. First he doubted that I would have low testosterone, then it took me three phone calls just get him in the phone to tell me what the results of the blood tests mean. After he finally did explain the results to me he promised he would call me back to talk more about what the low free testosterone means and what I could do to improve it, but I still haven’t heard from him. I’ve given up on my doctor, and instead spent hours upon hours researching all this stuff using a variety of disparate sources. I’m not sure the average person cares as much as I do about physical health, or is willing and/or able to allocate the time to fixing it. Going to the doctor to get a blood test can also be very expensive for some people, depending on what health insurance the they have.

Why aren’t more people talking about it?

As I cited before, low testosterone has become more common, has decreased on the average, and is often going untreated. More awareness might encourage more men get tested earlier, to take preventative measures, and to get treated. So why isn’t this issue getting more exposure? Put on your tin foil hats, it’s conspiracy theory time…

1) Stigma. There may be some shame associated with admitting that you have low testosterone, or want to increase it. I can say that when telling my male friends, I was mocked, in a friendly kind of way, quite a bit. Hopefully this blog post helps.

2) Misconceptions. Of the major media coverage I did see on the topic of low testosterone, some of it focused on the risks associated with certain methodologies for increasing it. While some solutions may not be viable, that does not mean that the problem should not be solved. This similar to how if you question the assumption that everyone should go to college, people think you are saying all forms of education are worthless.

For the small price of a co-pay and a couple hours of your time, you could extend your life by years, decrease your future medical bills, and massively increase your future earnings. I can’t recommend making the investment in getting tested enough. It’s probably one of the highest leverage things you can do to immediately improve your quality of life. Ask your doctor.

I’m upset I didn’t find this out sooner, as my life would probably be a lot better, but I’m glad I finally did. I feel kind of relieved. Now I have an actionable game plan for improving my life.

I imagine it will feel something like Matthew McCnaughey in that movie where he takes that pill.