6 Things I Learned About Marketing from Scientology 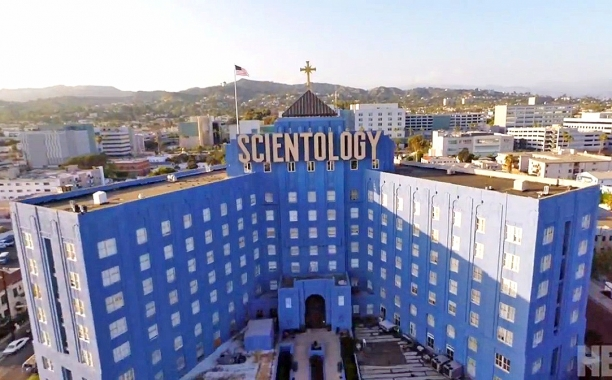 Scientologists are the best marketers ever. They brainwashed millions of people and built a billion dollar organization based on nothing.

On Friday I watched Going Clear: Scientology and the Prison of Belief, a documentary about (the cult of?) Scientology.

You might know Scientology as that mysterious “religion” adopted by celebrities such as Tom Cruise and John Travolta. Founded by military veteran, L. Ron Hubbard, Scientology teaches that people are immortal spiritual beings who have forgotten their true nature, and that a human is an alien spiritual being, termed a thetan, that is presently trapped on planet Earth in a physical “meat body.”

How do so many intelligent people, despite almost no scientific evidence to support it, come to believe in stuff like this and spend years of their lives and hundreds of thousands of dollars on it? There must be some really great marketing behind this…

I do not encourage starting a power hungry cult that physically abuses its members, however I noticed a few of the strategies used by Scientology to recruit it’s members have also been applied to build a “cult following” for a business.

In the documentary “Going Clear,” interviewees described finding Scientology in search for a solution to a problem they were having such as, a relationship, anxiety, lack of a sense of purpose, etc.. Scientology promises to solve these problems.

If a business is not providing value to its customers or users, it will not have customers or users for very long. If I had to summarize entrepreneurship in one sentence it would be “figure out what people want and give it to them.”

In the case of Scientology, the playbook was more like “figure out what people want, then tell them that you have it, even though you don’t.” By promising to solve a problem, recruits feel like they’re getting more than isolation from friends and family, physical abuse, and a smaller bank account balance.

The concept of a marketing funnel is an age old strategy that involves leading a customer to a larger purchase by getting them to take a series of smaller purchases or actions along the way. The funnel often starts with a free product, service, or piece of content to build trust, and leads further down. For example, a business might offer a free blog post, then an ebook or free software that requires an email opt in, then a paid book, video course, or software application.

It works in part because you keep the customer engaged by not scaring them away with a larger ask and because you progressively build trust and get commitment from the customer.

Scientology’s “funnel” is called “The Bridge to Total Freedom.” Scientologists progress through stages like “preclear”, “clear”, and “operating thetan”.

Unlike other religions, Scientologists don’t actually tell you what its belief system is until you’ve spent many years and much money. In the documentary, members expressed deep disappointment for what they received at the end.

If you knew from the start what you were in for, you would probably never start. But by “small chunking” it and creating a funnel, Scientology can progressively build trust and get investment.

Scientologists, like marketers to their customers, get members to make considerable investments. Members give detailed personal information during “auditing” sessions that are recorded. They also spend more and more time and money as they go through

By making these investments, Scientologists can validate that the member is willing to spend before spending more time/money on them, and increase the cost of leaving. Once you’ve spent so much time and money on something, how could you quit now?

This is similar to how Facebook has all of your photos, personal and professional information, and interpersonal interactions. Starting over on a new social network would make all the time on Facebook seem like a waste, and require a whole new time investment in getting started on the new network. 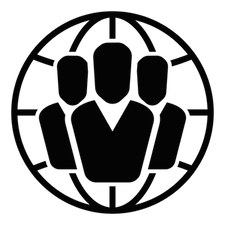 Having a welcoming community of people makes joining an endeavor more fun to join and harder to leave, and makes it less challenging to leave a previous community.

Scientologists convince members to “disconnect” from their families who do not join the church. They host events so members can form bonds that would be difficult to part with. And if you do try to leave, the film showed they may make threats. 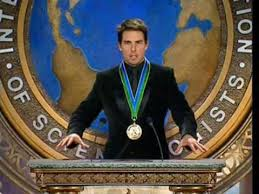 Influencer marketing entails recruiting people your target audiences trusts to advocate for your business. An example would be giving someone with a high Klout score a free product in hopes they will tweet about it.

Tom Cruise and John Travolta (who I will never look at the same way), are amongst the biggest names in Scientology. Since people admire Tom Cruise and he has a large following, and Tom Cruise advocates Scientology, Scientology’s reputation and exposure is massively improved.

To be effective in influencer marketing you would want to make sure the influencers needs are met and that they are overjoyed with your product or service. “Going Clear” showed Scientologists tried to help the stars with publicity, and even in finding a girlfriend.

One thing that was (even more) clear to me after watching Going Clear was that people don’t always think rationally. There’s almost no reason or evidence to support the claims by Scientology, yet people invested years and hundreds of thousands of dollars in it.

Scientology presents itself as more than just a product or service — it’s a mission, a lifestyle, an outlook on life. It gives people purpose

Zynga’s virtual farms clearly mean more to people than their physical value (or lack there of). Why else would people be ruining their social lives and spending massive amounts of money on virtual goods? Similarly, when people buy Victoria’s Secret they’re not just buying clothing, they’re buying beauty. When people buy Red Bull they’re not just buying the high fructose corn syrup, they’re buying a sense of adventure.