How Doing Standup Comedy Made Me A Better Entrepreneur

I did standup comedy for the first time last week. I was scared as hell. It was probably the hardest thing I’ve done in a year. I actually think I kind of blacked out during it–I don’t really remember it. 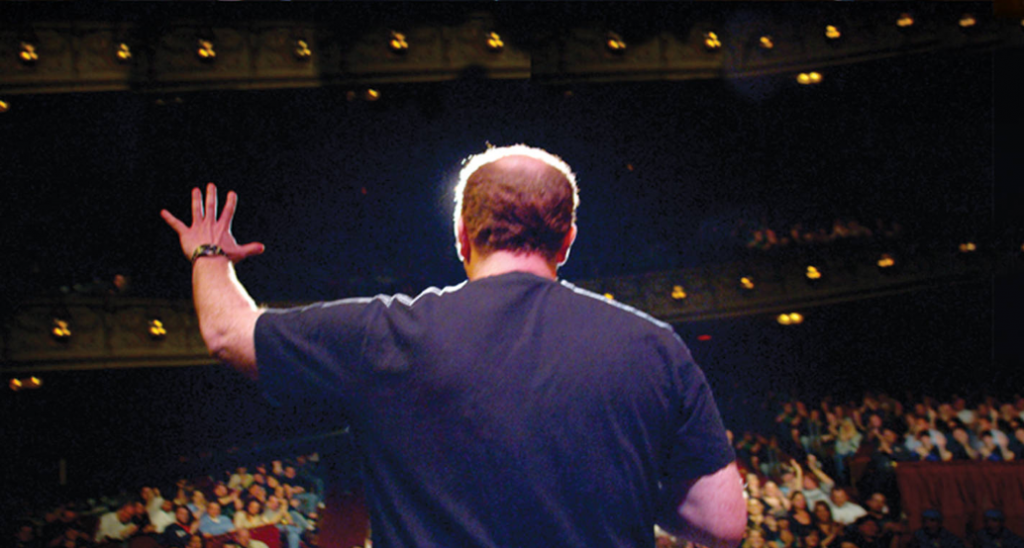 I’ve always found standup comedy impressive. It’s just one person on a stage. No instrument, no group. Just that one person and, essentially, his personality. Personality on the line to be judged.

You put yourself out there in front of an audience and risk your entire dignity and sense of self being destroyed. With one mission: to entertain.

My goal was not to have everyone kneeling over slapping their knees, it was just to push myself out of my comfort zone. I try to regularly do things that scare me. This was probably the biggest of these challenges that I’ve forced myself to complete.

The experience reminded me a lot of entrepreneurship.

My friend and I committed to doing standup. On Thursday, January 15th, at 6pm. We put it in our calendars. We were holding each other accountable.

The night before I called to postpone. I didn’t have any good jokes. Though she was disappointed, she agreed to reschedule for the following week.

I thought some ideas might come to me in that week. None did. The only time I came up with jokes was when I actually sat down to write jokes.

Similarly, the stroke of a genius business idea might never strike. For most of my life I would sit back and wait for business ideas to come. Now I actively seek out opportunities by doing customer development, seeing what’s working, and practicing iterative product development.

I don’t wait for the business to start itself, I just go start it.

I wasn’t ready to do standup. At all. I wrote most of the jokes the night before. I didn’t have them memorized. I didn’t even have them written down all in one place until about an hour before. But I did it anyways.

I could have postponed for another week, or another year, and I still wouldn’t have been “ready.” How do you even know when you’re ready? What does ready even mean??

Ready is the enemy of action.

Similarly, you’re never truly ready to start a company. Like the saying goes, “Entrepreneurship is jumping off a cliff and assembling a plane on the way down.”

You’re never “ready” to sell and work for weeks on end. To risk your entire physical, mental, and financial well being. You just have to do it.

After most of the jokes I told, no one laughed. Silence.

But when I did get an occasional chuckle, it made it made it all worthwhile.

Most startups fail. But the opportunity to start one that succeeds is so thrilling that it outweighs the real risk of failure.

I could see how doing standup could be just as addictive. It’s a rush. You’re putting yourself on the line. It doesn’t matter how many times you fail, one win is enough to keep you going.

I tried reading a book about how to write jokes. It didn’t work nearly as well as watching standup and modeling my material after it. What worked even better than modeling was just doing it. I learned what works and what doesn’t by getting on stage and shipping.

Similarly, the best way to learn how to do a startup is to do a startup. A key part of starting a business is offering something people actually want. The best way to figure out what people want is by going out and doing customer development or shipping a minimum viable product.

5. Conquering the fear of rejection

I’m stronger for the next time around.

In the words of Chris Dixon, “If you aren’t getting rejected on a daily basis, your goals aren’t ambitious enough.”

You can’t get anywhere without trying. If it was easy everyone would be doing it. If everyone was doing it, there probably wouldn’t be much upside opportunity.

6. Stepping out of yourself

I told some really raunchy jokes. I was someone else while I was on stage.

I am someone else when I am doing sales calls. It’s not natural to me. But I do it.

Starting a company is so hard that you have to go above and beyond what is possible for yourself and most humans.